Redistricting is the process by which district boundaries are re-drawn to reflect changes in population.

While elected officers in the executive branch of governments such as the President, Governors or Mayors are elected to represent the entire political unit – a country, a state, or a city – elected officers in the legislative branch are elected from a smaller area within. Everyone in a city votes to elect the mayor, but only voters living within the city’s District 1 elect District 1’s City Council Member. 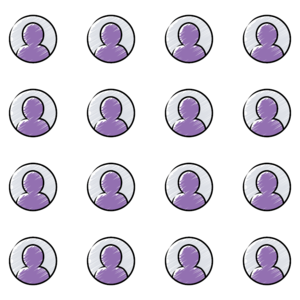 Therefore, there must be an equal amount of people inside each district, and this is why district boundaries do not resemble any other administrative boundaries. There will always be big cities and small cities, and highly populated areas and sparsely populated areas, but there cannot be districts with high population and districts with low population – every district must represent an equal amount of people. This is why districts cross other administrative boundaries to ensure the amount of people within is equal to all other districts. (Although a small leeway – about 1% of population difference between each district – is given in consideration of difficulties with drawing districts that are “exactly the same”.)

People move from place to place, and some areas grow faster than others. This causes districts to become unbalanced over time, and this is corrected every ten years after population data becomes available through the census. District boundaries are adjusted again to ensure each district represents an equal amount of people. This process is called redistricting. The data from the 2020 Census will become available in 2021, allowing for federal house and state legislature redistricting, followed by redistricting of other local levels of government.

After black people won freedom from slavery, one area in which whites continued an oppressive system was by taking away the power of the vote of black voters. On the one hand, poll taxes and other discriminatory measures ensured fewer blacks would be able to register and vote. On the other hand, districts were drawn so that areas with a high concentration black voters would be split among multiple districts, each with a majority of white voters, preventing black voters from electing politicians who would fight systemic racism by creating just employment laws, housing laws, and enact reforms.

The Voting Rights Act of 1965, one of the victories of the Civil Rights Movement, protects the voting power of racial minorities – if there is a sizable racial minority population in an area, the district must include enough minority voters, without splitting them to more districts, to ensure our voting power is preserved. Districts that are protected in this way are called majority-minority districts.

Because it is a process of assigning voters to districts, redistricting can be a powerful tool to create the conditions that favor a party in each district. Simply exclude urban areas in an existing district and add more Republican-dominant areas, and it’s possible to modify a district into one where over 60% of voters are Republican, making it almost impossible for Democrats to overcome the odds in elections through registration, turnout and persuasion of independents & Republicans. Do the reverse, and it is equally possible to create districts that overwhelmingly favor Democrats.

An introduction to gerrymandering

In politics, the process of manipulating districts to favor a party is called gerrymandering. To an extent, both Democrats and Republicans have engaged in gerrymandering for their own advantage. In Pennsylvania, for example, Republican-led gerrymandering in congressional districts was so problematic that it was ruled unconstitutional in the Supreme Court.

While normal, non-gerrymandered districts generally look round/rectangular, gerrymandered districts are usually stretched around with little “arms” coming out which are extensions of land including voters in far away regions. People critical of the new phenomenon in the 19th century gave it the name of “gerrymandering”, lamenting that district boundaries had become so distorted that some looked like lizards.

California had a Democratic party-led redistricting process until 2008, when new law passed by voters changed the process to be led by a nonpartisan panel of citizens for the congressional and state legislature level.

Redistricting at the local level, such as city or county, still remains controlled by local legislature, and partisan gerrymandering continues to be a problem in many districts, reducing the voice of communities of color.

The Federal Senate is an at-large legislature, given the unique structure of the federal government – two senators are elected at-large from each state.

Many smaller cities in California, including in Orange County, operated at-large city councils. With population growth, however, it became possible to argue that districts were needed to ensure racial justice equal representation. Through years of community organizing and activism, often led by members and member organizations of the county-wide table, cities like Buena Park, Fullerton, Garden Grove and many others changed from at-large to district elections. This change allowed the community to have a bigger voice and impact in city politics and policies.